Excited to finally share these Hawaii engagement photos of Jullie and David! This couple is the most adventurous I’ve ever met. And so, it should be no surprise that this is only part 1! Be sure to also check out Part 2 at Garibaldi Lake!

Before I mention all the details, I should say: Jullie and David are two very amazing people. They’re blessed to have found each other and I’m blessed to have worked with them and have them as friends for life now. In addition to being awesome travel buddies, they understand that taking epic shots is hard work. It takes effort from all parties. And, never settling for good, we all gave it our absolute best!

In addition to photos, we shot video as well. And so we asked them to write letters to each other to use as narration for the video. Little did we know, Jullie is pretty much a poet. Her words inspired the video below. I’m very proud of my edit for this video. I wanted to take a timeless type of approach without a lot of odd effects. And I also wanted to portray the intensity and romance of Jullie and David’s love for each other. Of course, none of it would be possible without the amazing cinematography captured by Victor Wynn. He is my long time friend and video partner.

I’m very much looking forward to traveling again soon! But for now, we’ll just have to dream alongside these images and wonder, “where to next!?” 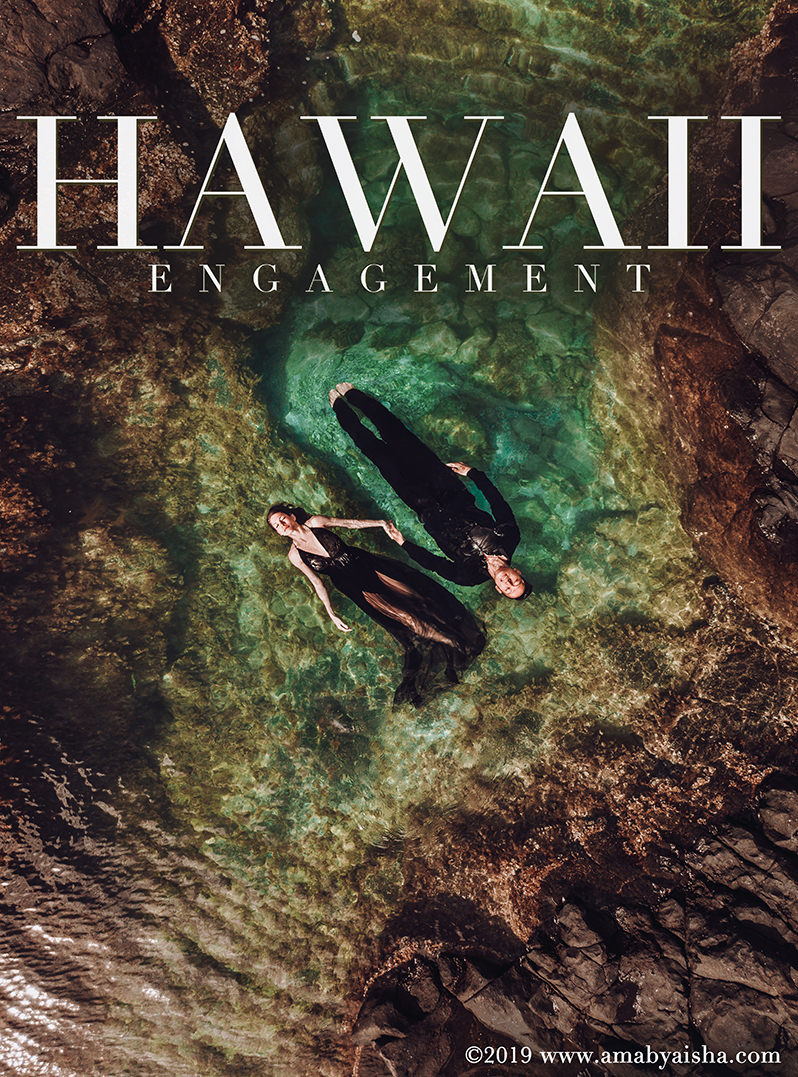 We began our trip in Hilo at the edge of beach rocks and then headed out to lava rock formations. 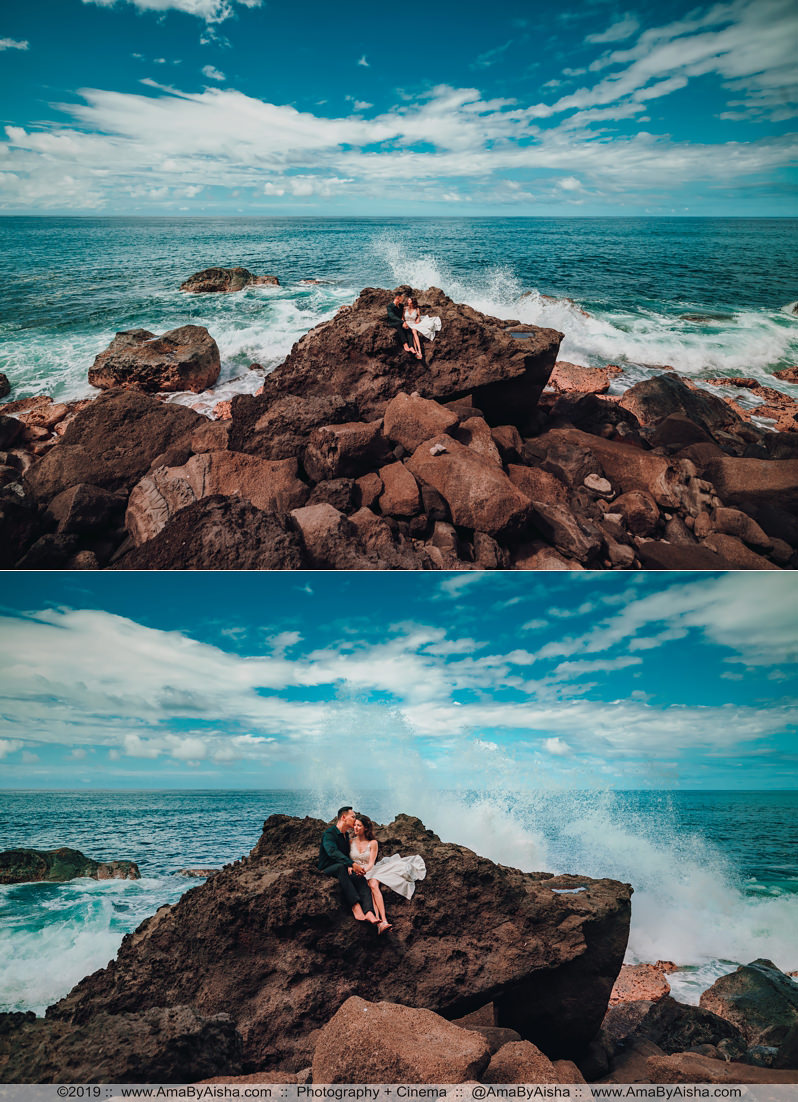 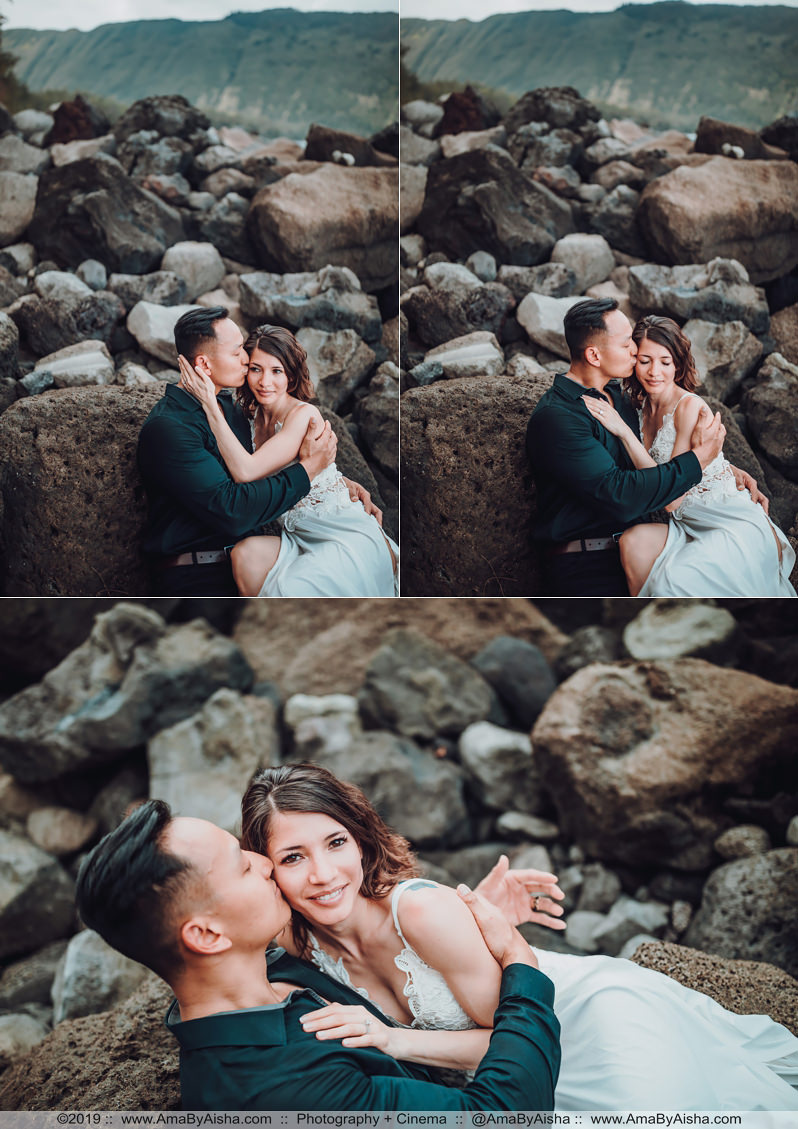 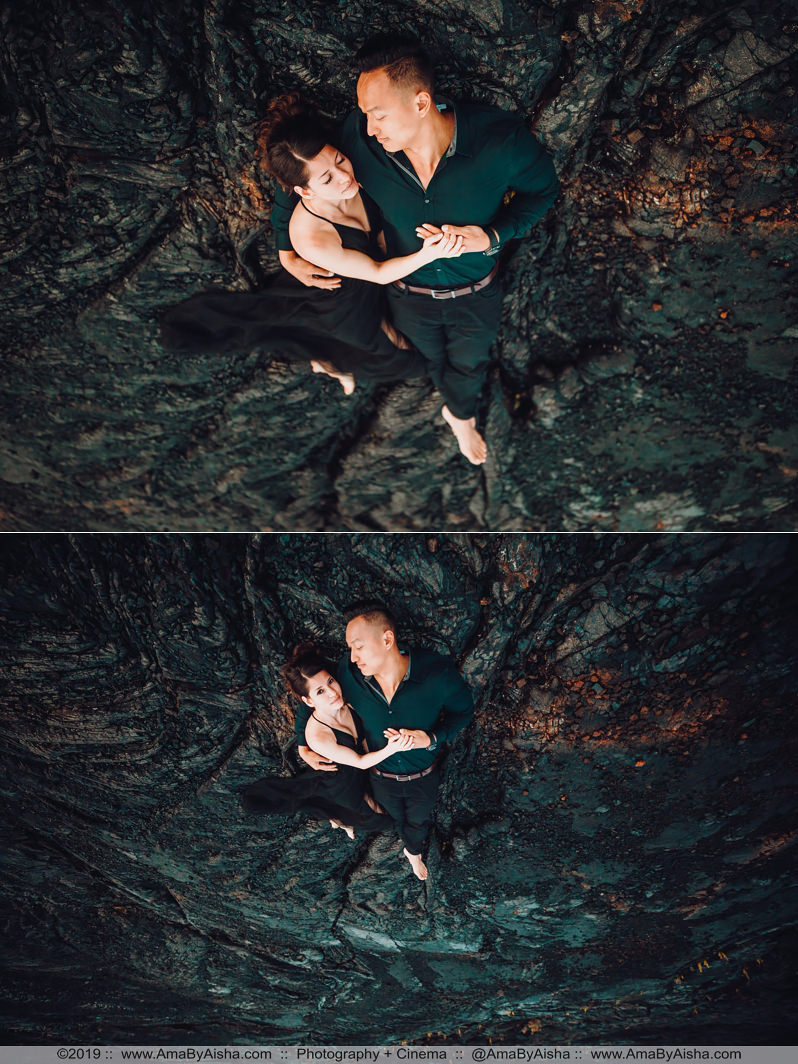 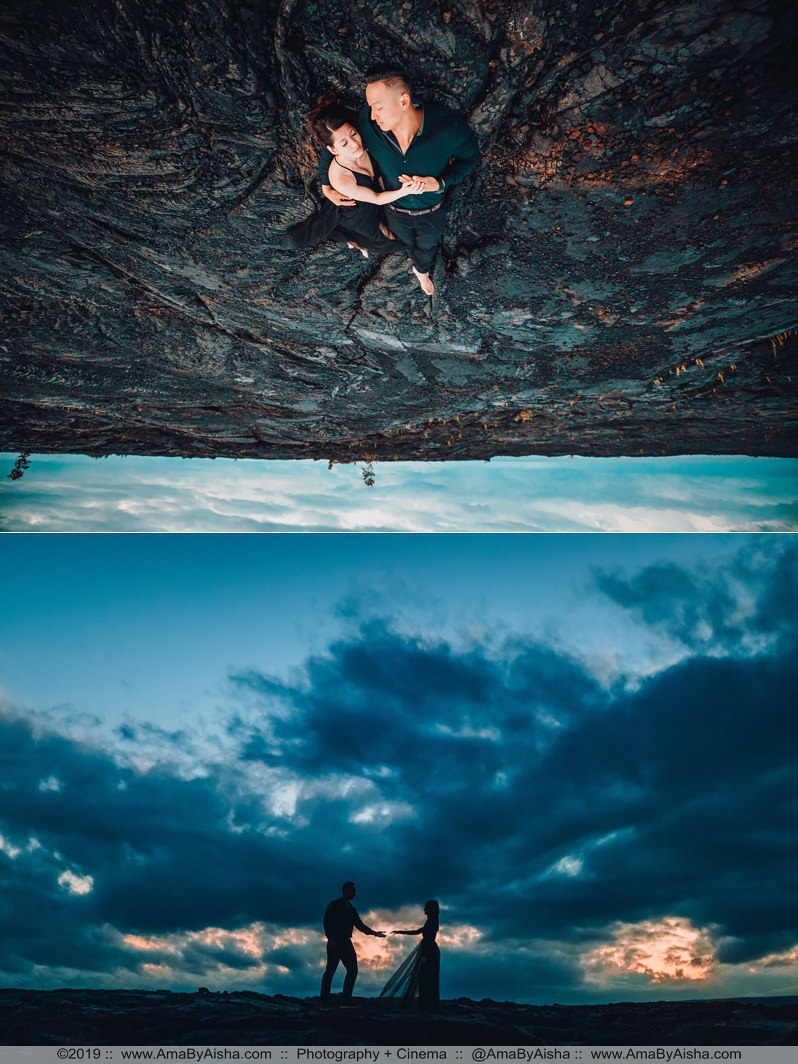 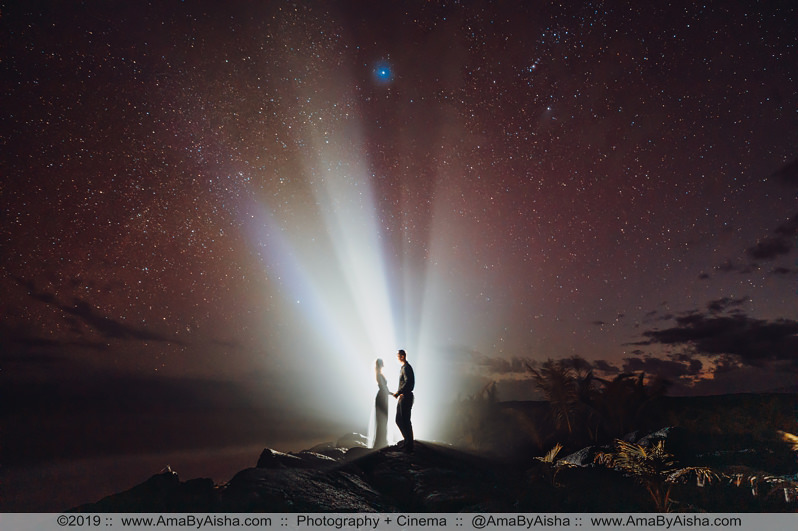 Originally, the plan for these Hawaii engagement photos was to capture them close to flowing lava. Unfortunately, there wasn’t any at the time. So I came prepared with my own fire! I brought along all I needed to spin steel wool. I had photographed this technique before but never spun my own while also shooting from a tripod (with Victor’s assistance). It was complicated and difficult for Jullie and David as well. But the results were worth it! 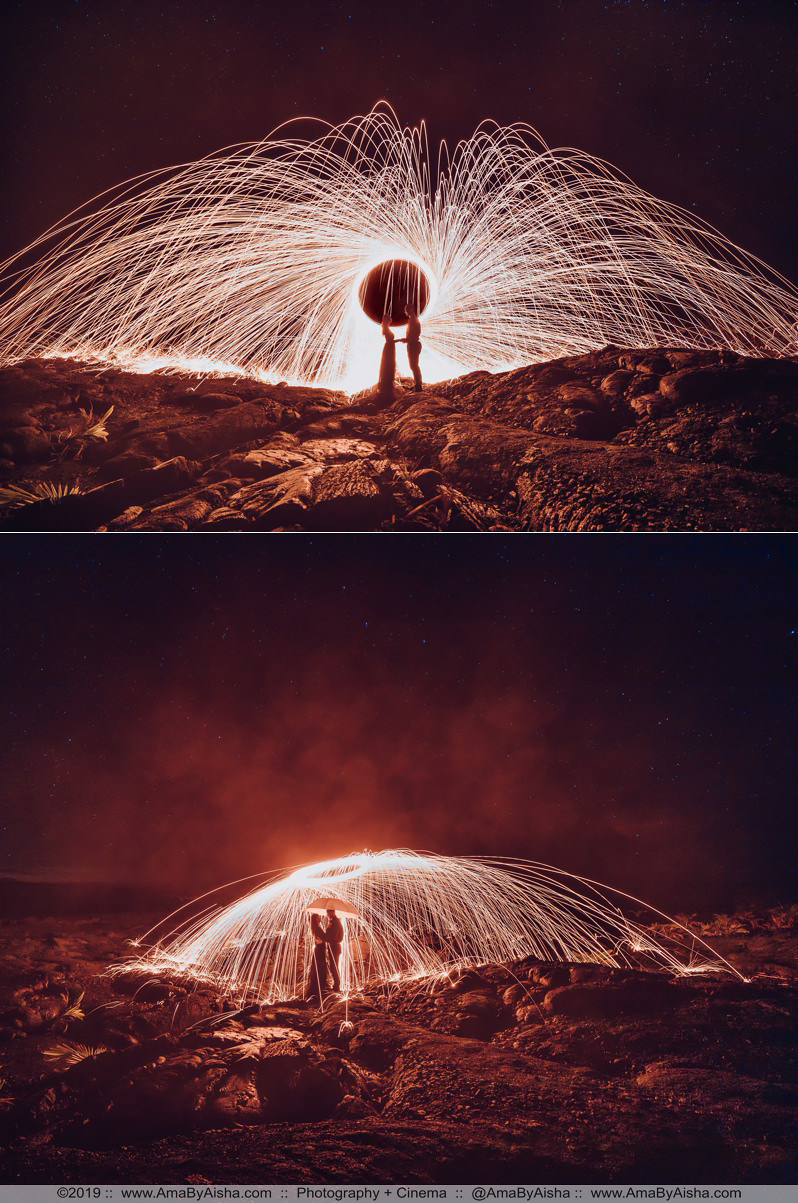 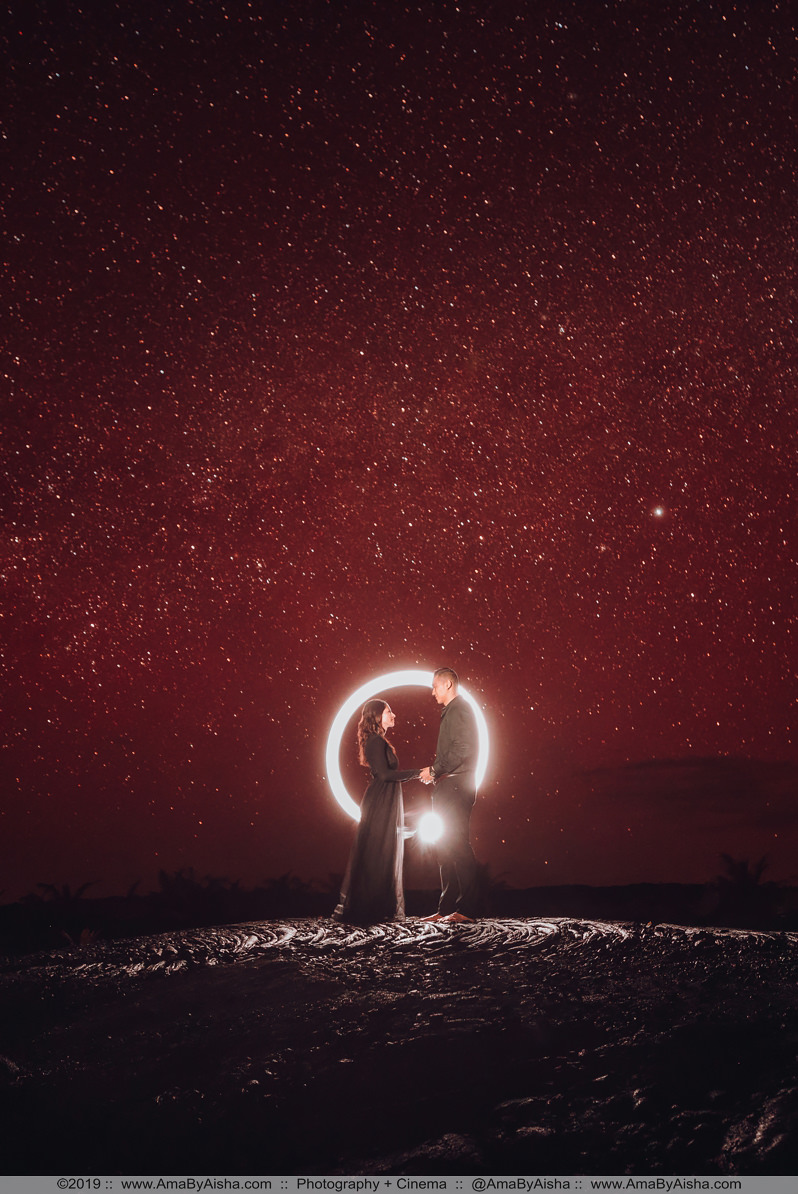 The following day, we took it easy in Honolulu. We had to prepare for the full day hike we’d be doing in two different locations the next day! 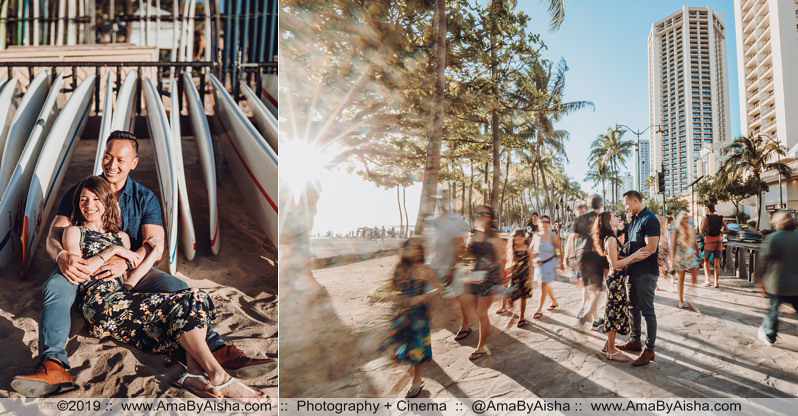 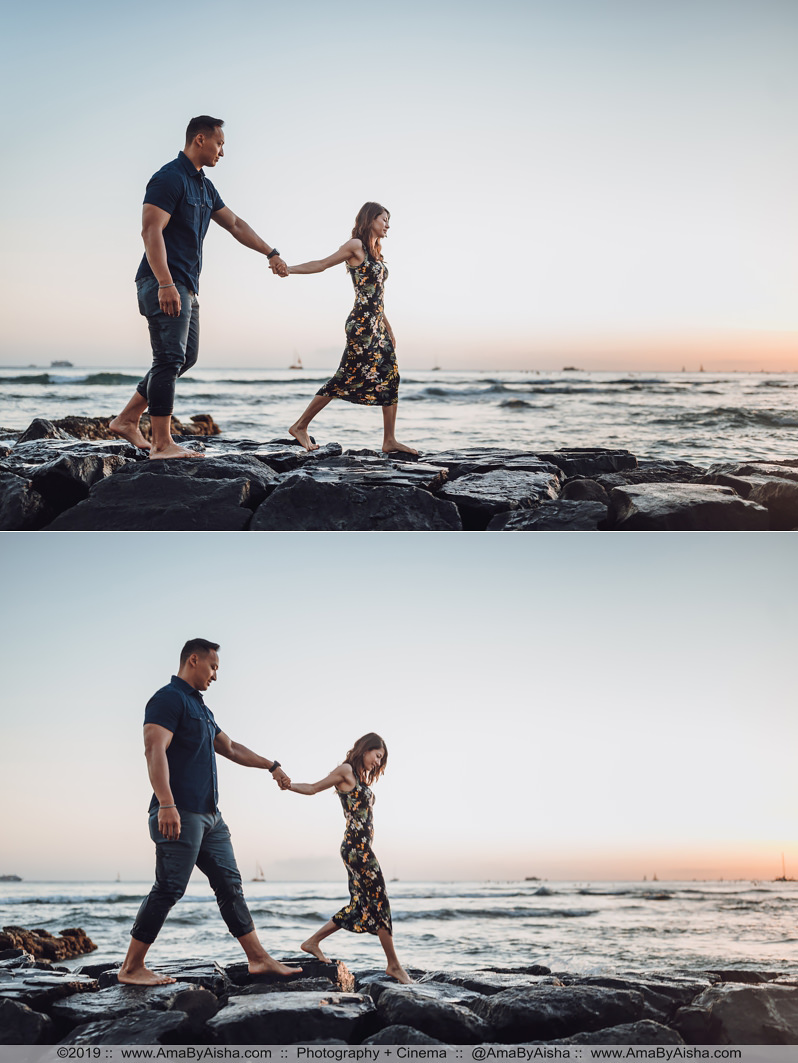 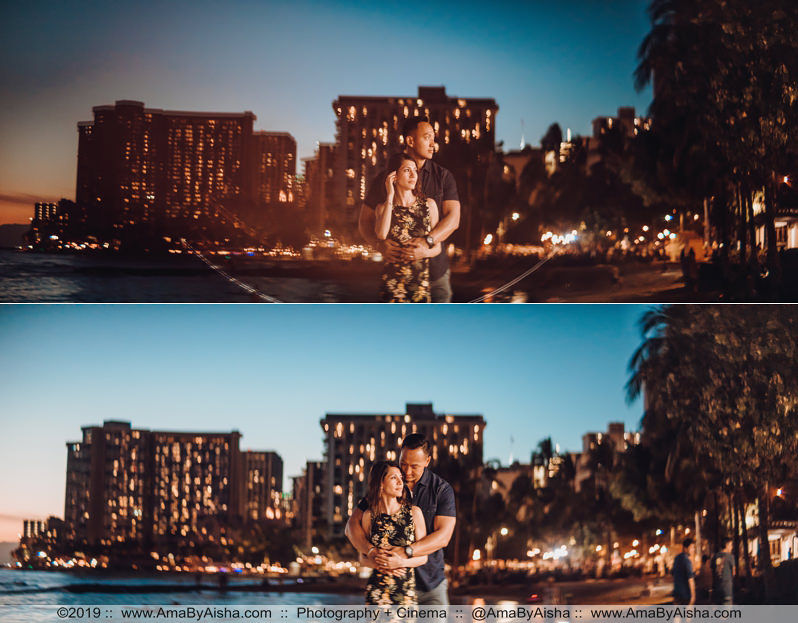 To arrive to these tidepools by sunrise, we began our hike at 3am. Hiking in total darkness was a challenge we weren’t prepared for. What was supposed to be an easy hike turned into bouldering. But we made just in time! 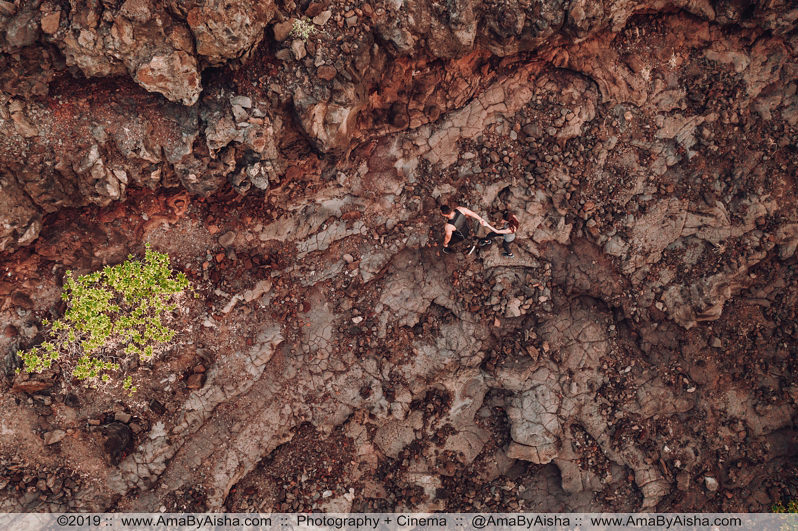 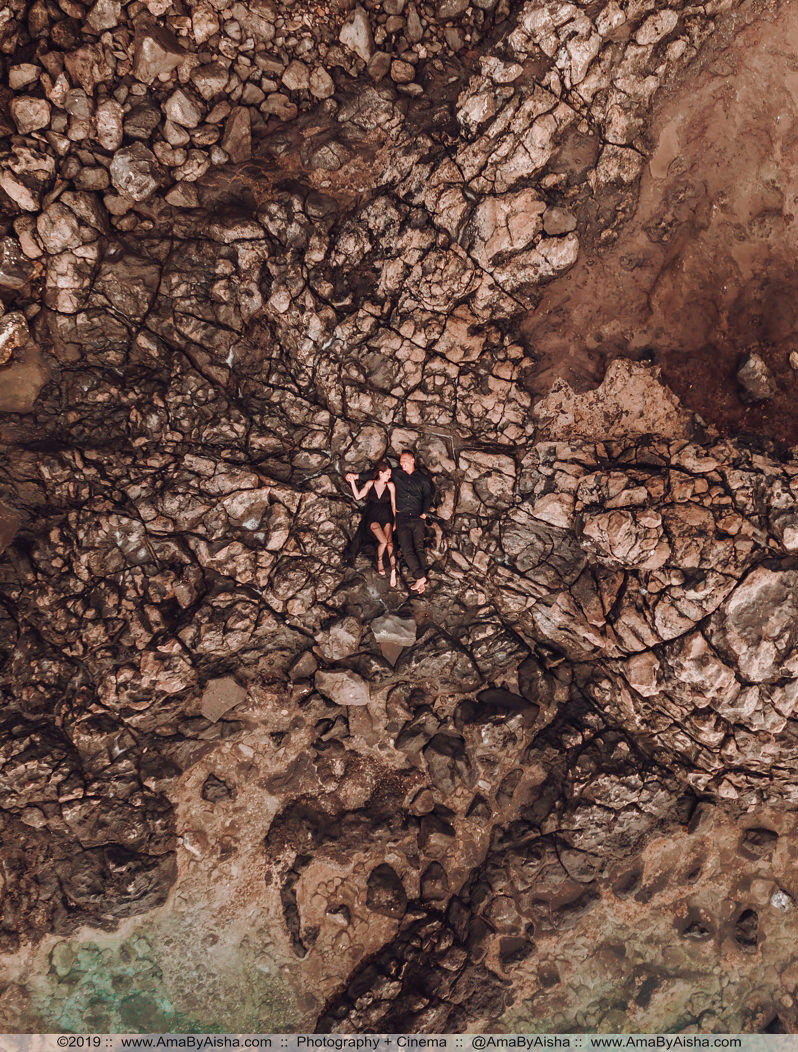 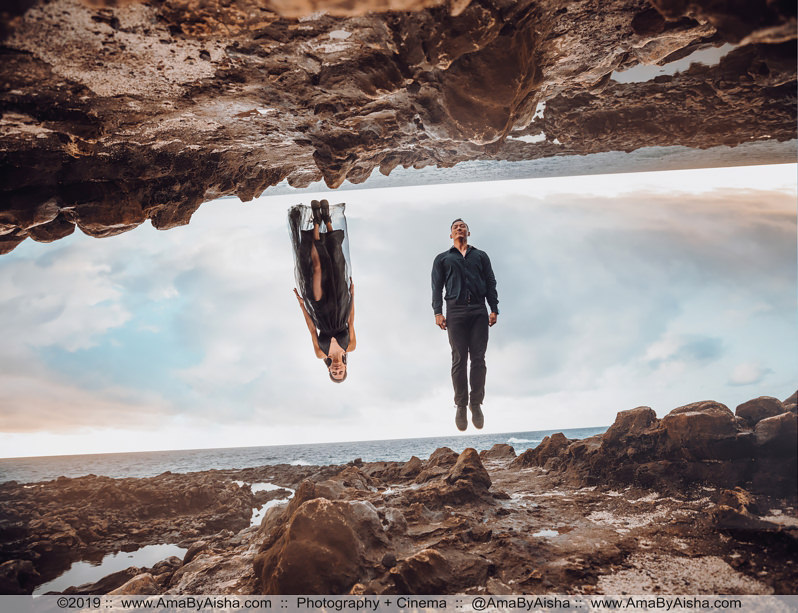 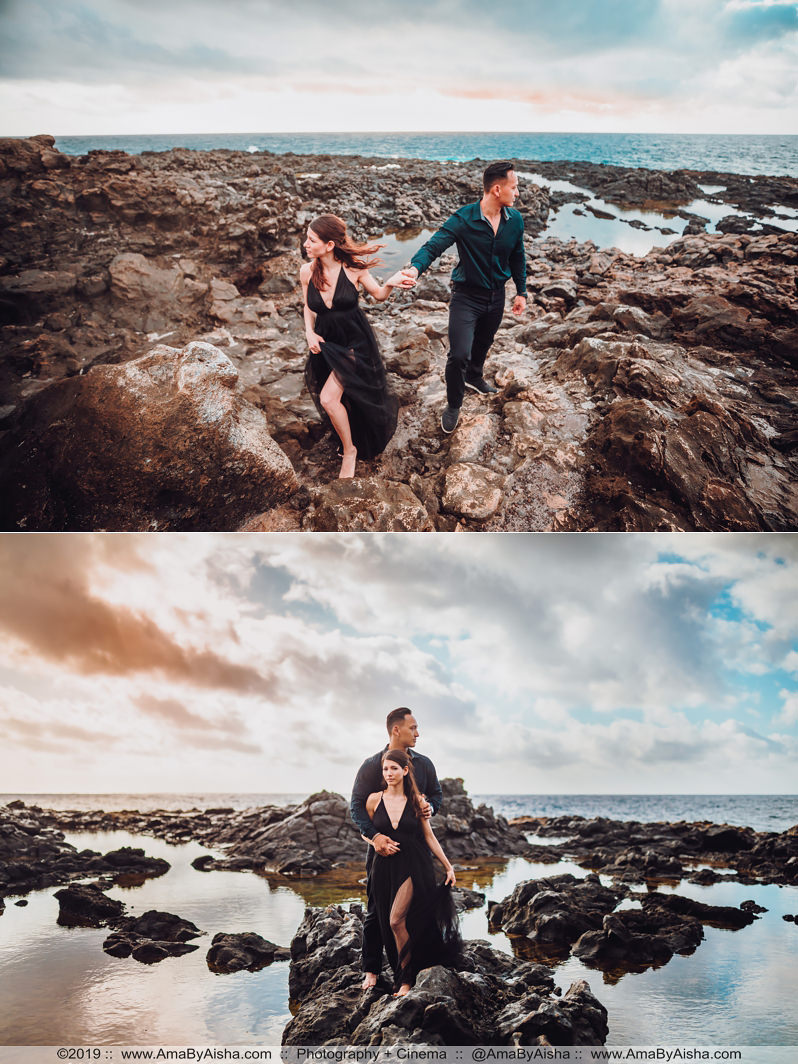 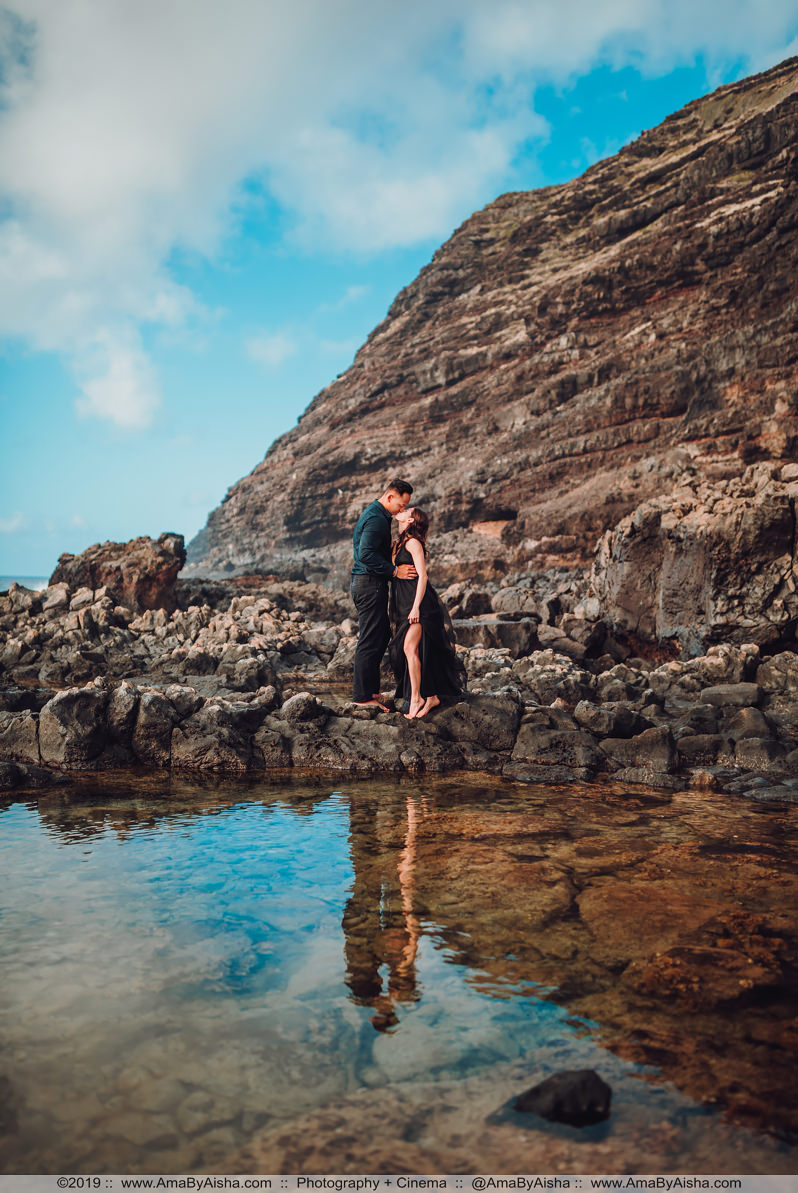 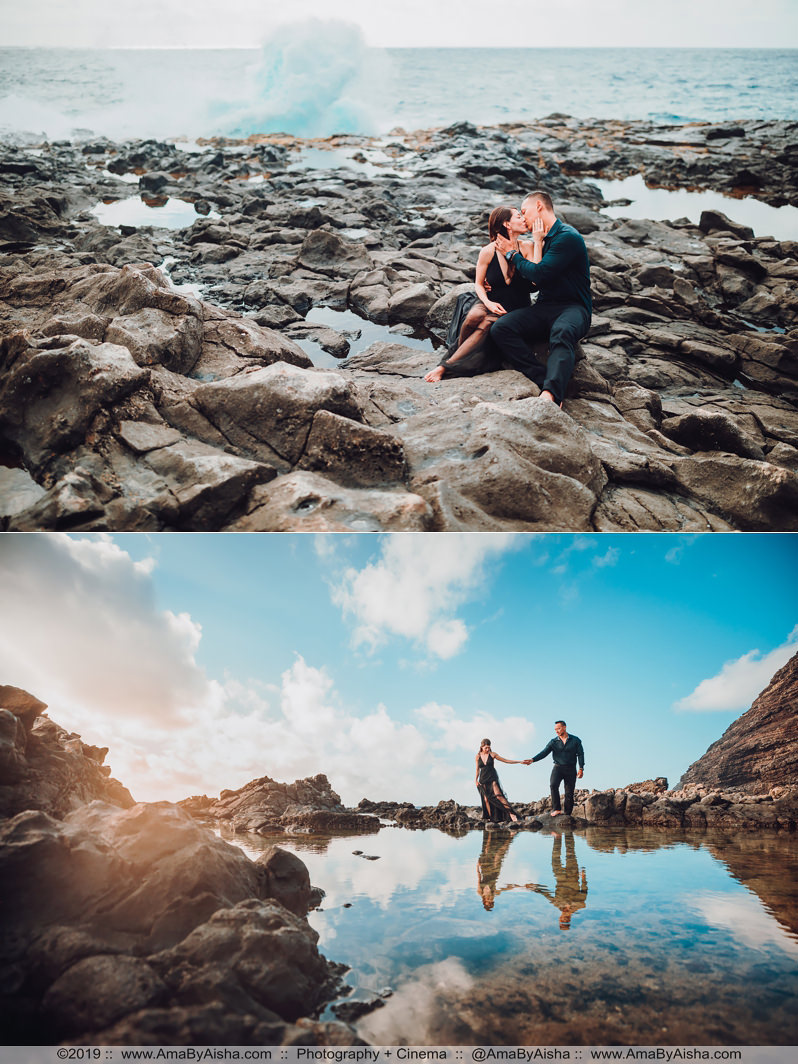 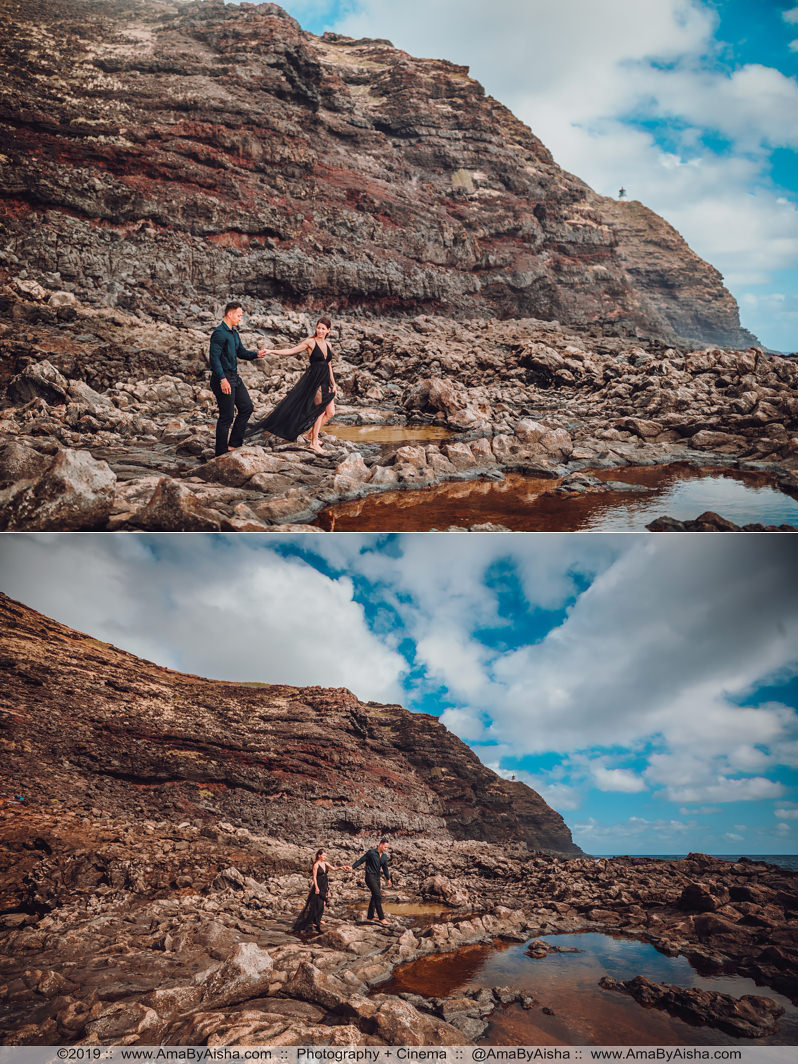 Pro tip: Plan to wear light weight and cheap clothing for your shoot!

Once at the locations, Jullie and David changed. I helped Jullie find this black dress on Shein for only $22. So there’s no concern if the clothes are ripped or wet. Shout out to Jullie and David for jumping into this freezing cold water!! 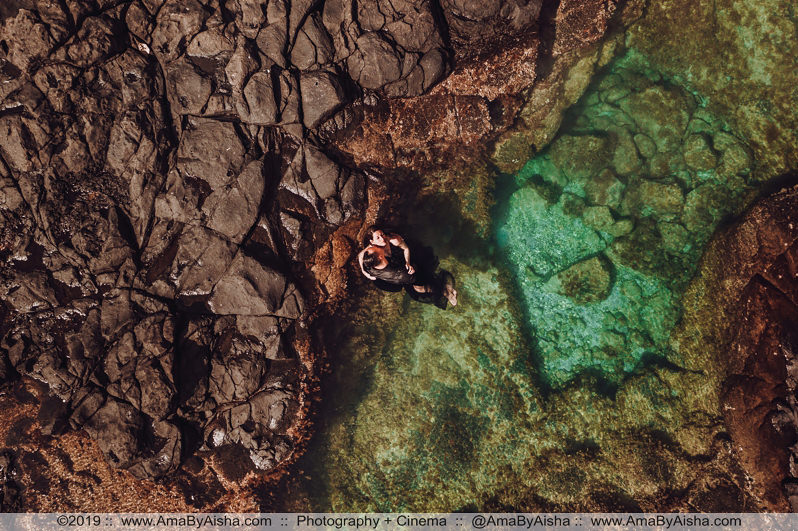 The second hike was immediately after. We at snacks in the car while Jullie drove and David power napped. When we arrived to the Honolulu Watershed Forest Reserve, I was beat! But we began the hike and kept shooting. 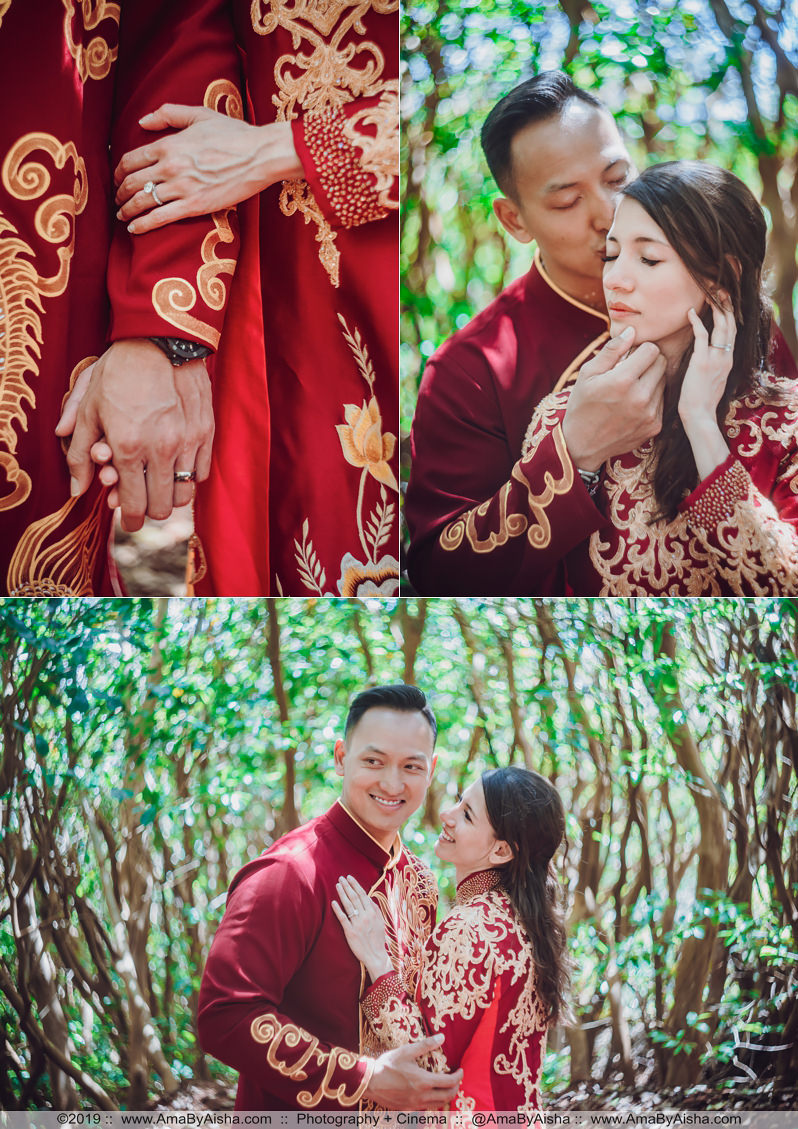 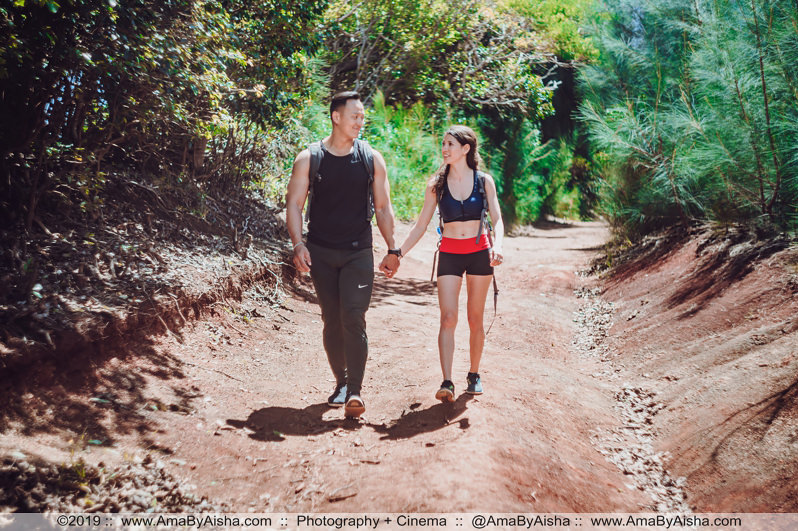 I remember Jullie saying after these shots that we can stop the hike whenever I start feeling too tired. And I laughed. I had reached and surpassed the “too tired” level long ago. I’m glad we pushed through tho. The trail we found not too long after was my favorite. The rich and bold colors of the greenery is what I remember most. 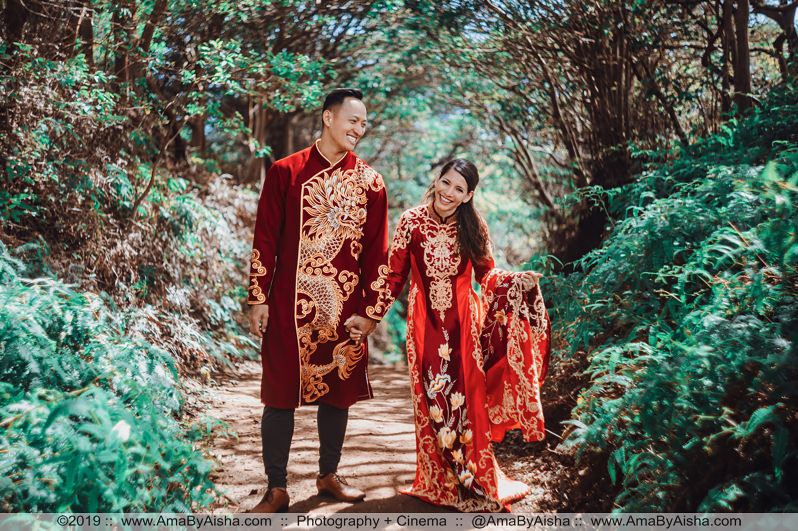 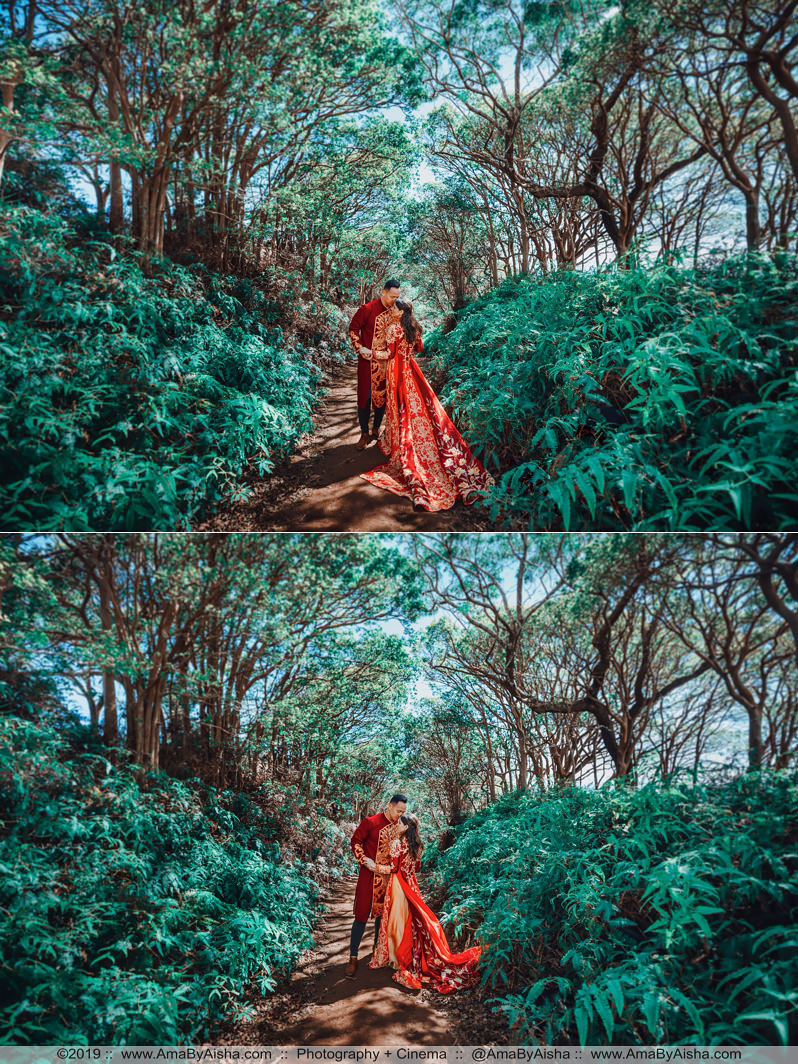 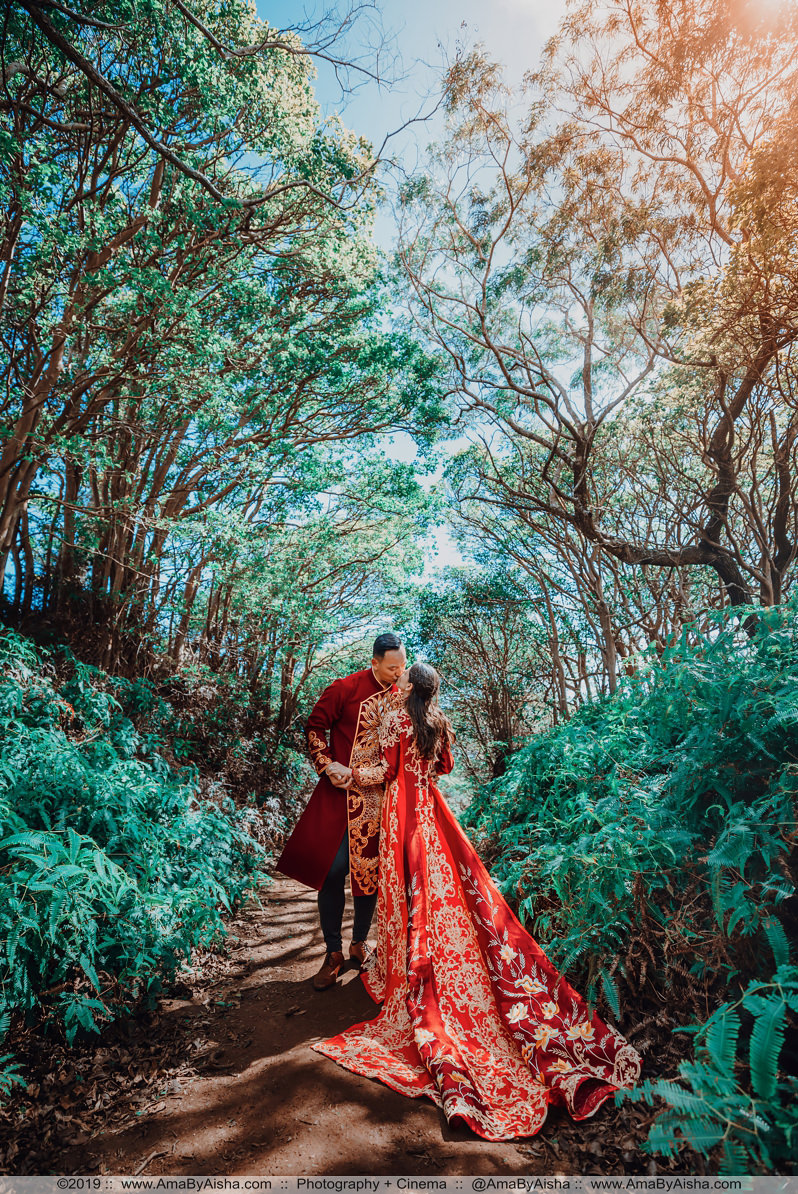 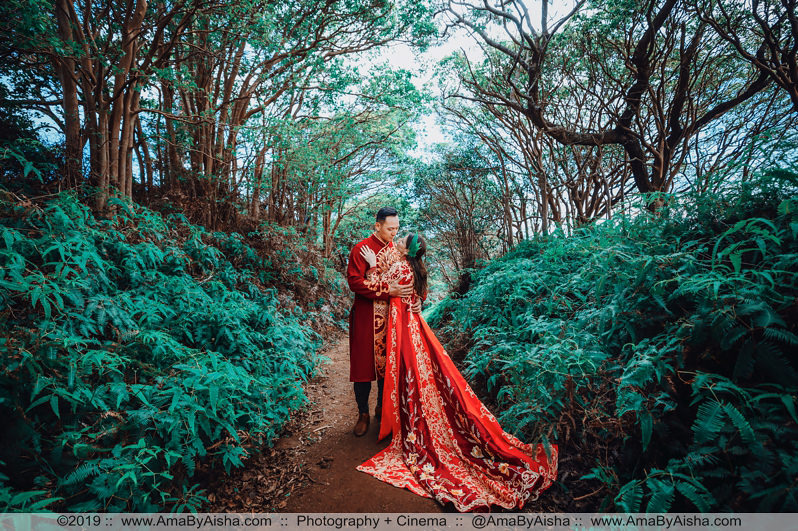 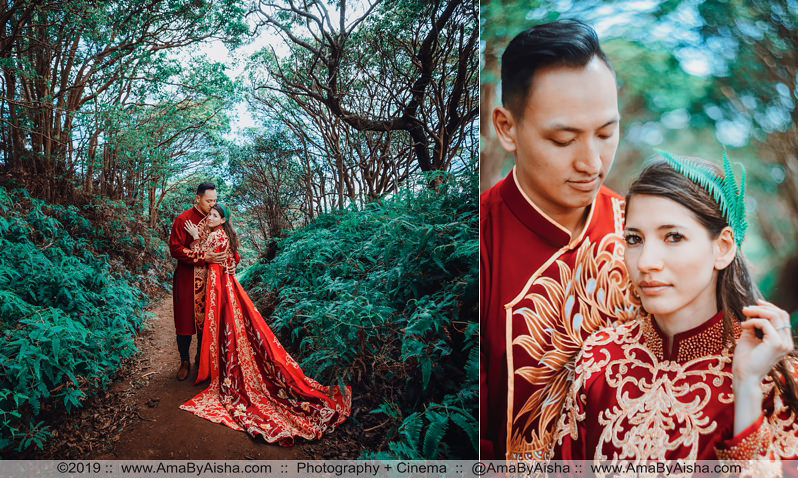 Months after, David had an engagement celebration in his hometown, Vancouver. There, we had the opportunity to capture engagement photos “part 2” at Garibaldi Lake. The adventure presented different challenges but was just as rewarding!